~My Thrift Find of the Year!~

What do you do when hubby calls home, before returning from a business trip; and says he's in a thrift store?  (He sees some things that you might be interested in.)

You have him take cell phone pictures and say, "yay or nay"!

One of the things that I absolutely loved was this gorgeous soup tureen...I think this must be my year for soup tureens! 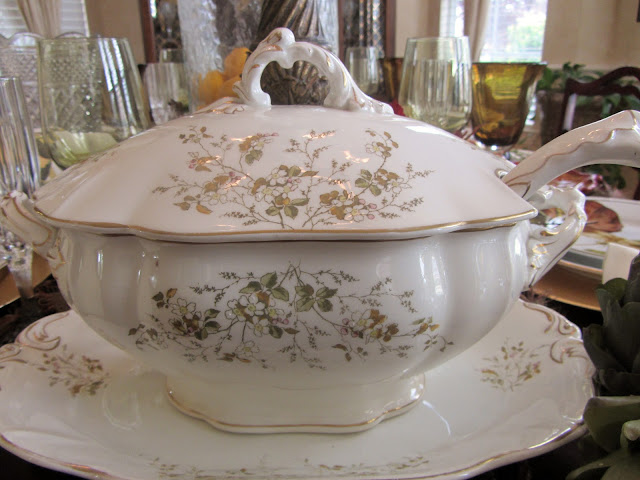 I thought the pattern was just lovely; and even though it was floral, the colors work beautifully in my fall dining room. 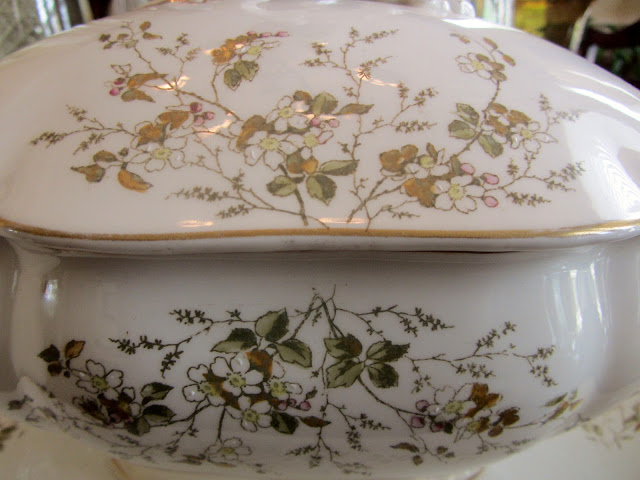 Please excuse the dirt smudges ...I was so excited to share it, I hadn't cleaned it up, yet...lol!

It even came complete with the underplate and ladle!! It is so delicate that it's a wonder he got it home, on the plane, in one piece!! 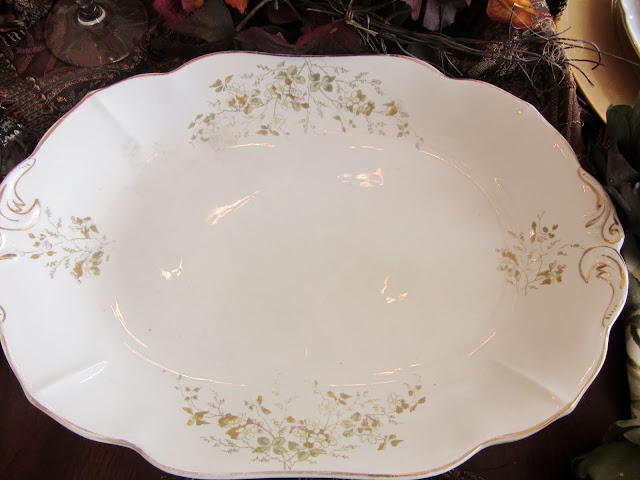 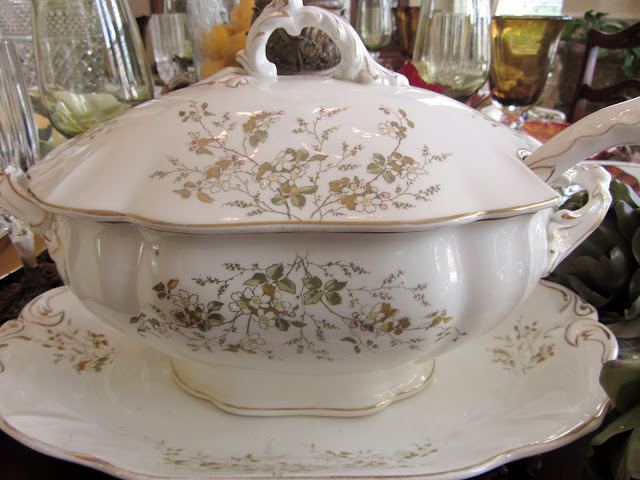 Upon further inspection, we noticed a stamp on the bottom and did a little research; and this is what we discovered via reference.com: 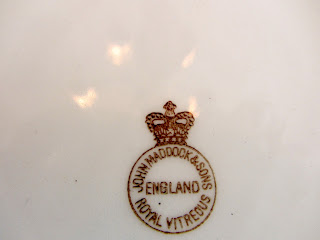 Many of the manufacturer's seals on the pottery give the full name of the company, and it is accordingly possible to date early J. Maddock pieces by the name used on the official seal. Production of original J. Maddock and Sons royal pottery continued until the mid-1960s. John Maddock began producing fine china under his family name in the town of Burselm in 1842. He had previously produced graniteware for export to the United States with other partners. The fine china produced by this firm quickly became noted for its intricate floral designs and its delicate appearance. Well-known production lines and styles include the "Majestic" and "Bombay" patterns that some consider the most exemplary of the this firm's pottery. All of the pottery produced by this firm has distinct markings that make it possible to date and identify each piece. There are several markers which make it possible to narrow the time period down. It was not until 1906 that the firm began placing the words "& CO" beside J. Maddock and Sons. If any piece has "& CO" following the name of the company, it is possible to deduce that the piece was made after 1906. However, there are several seals used after 1906 that have neither "& CO" or "& SONS," which means that the lack of the word "& CO" can not be used to identify the piece as predating 1906.


Chic on a Shoestring-Flaunt It Friday


At The Picket Fence-Inspiration Friday


From My Front Porch To Yours-Treasure Hunt Thursday


Under The Table and Dreaming-Sunday Showcase


You're Talking Too Much-Meet Me Monday


Debbiedoo's Newbie With a Twist Party

Posted by Shenita @ Embellishments by SLR at 7:30 AM

Shenita @ Embellishments by SLR
Wife. Mother. Lifestyle Blogger. I'm a Southern girl, born and raised in Louisiana, who migrated to Texas, and loves everything about decorating and entertaining. I call my decor style a "gumbo". It's Southern style, with a European twist. I invite you to join me as I share my fabulous finds and lifestyle ideas. 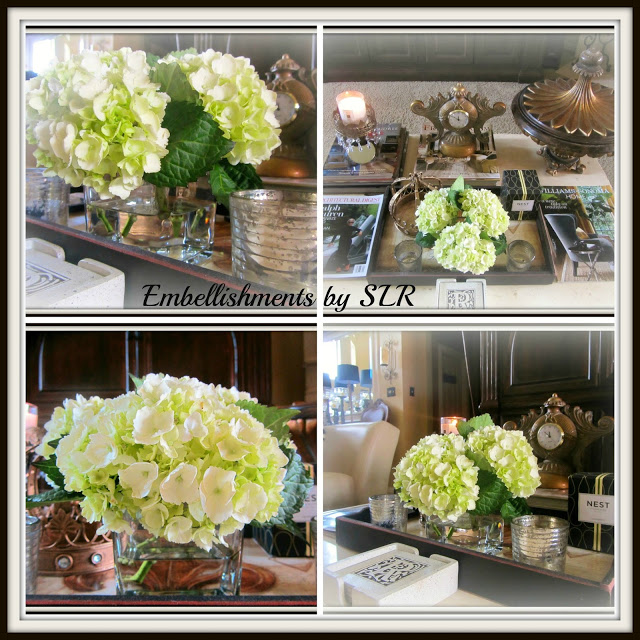 So honored to have our home featured In the premiere issue of Tuscan Home. Click to take a peek! 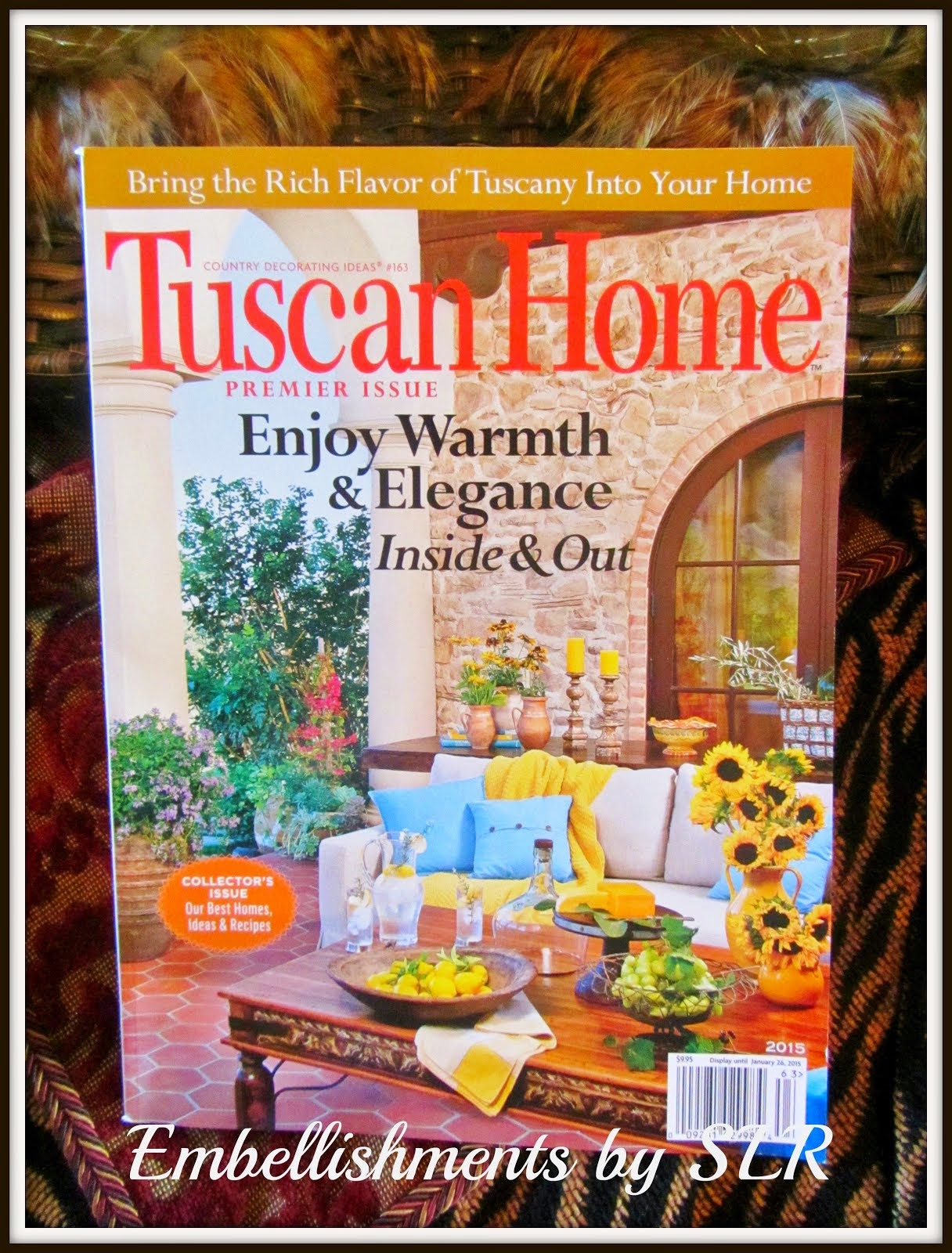 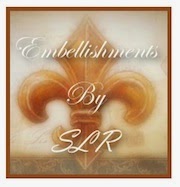 I'm honored to have been featured on the following blogs: 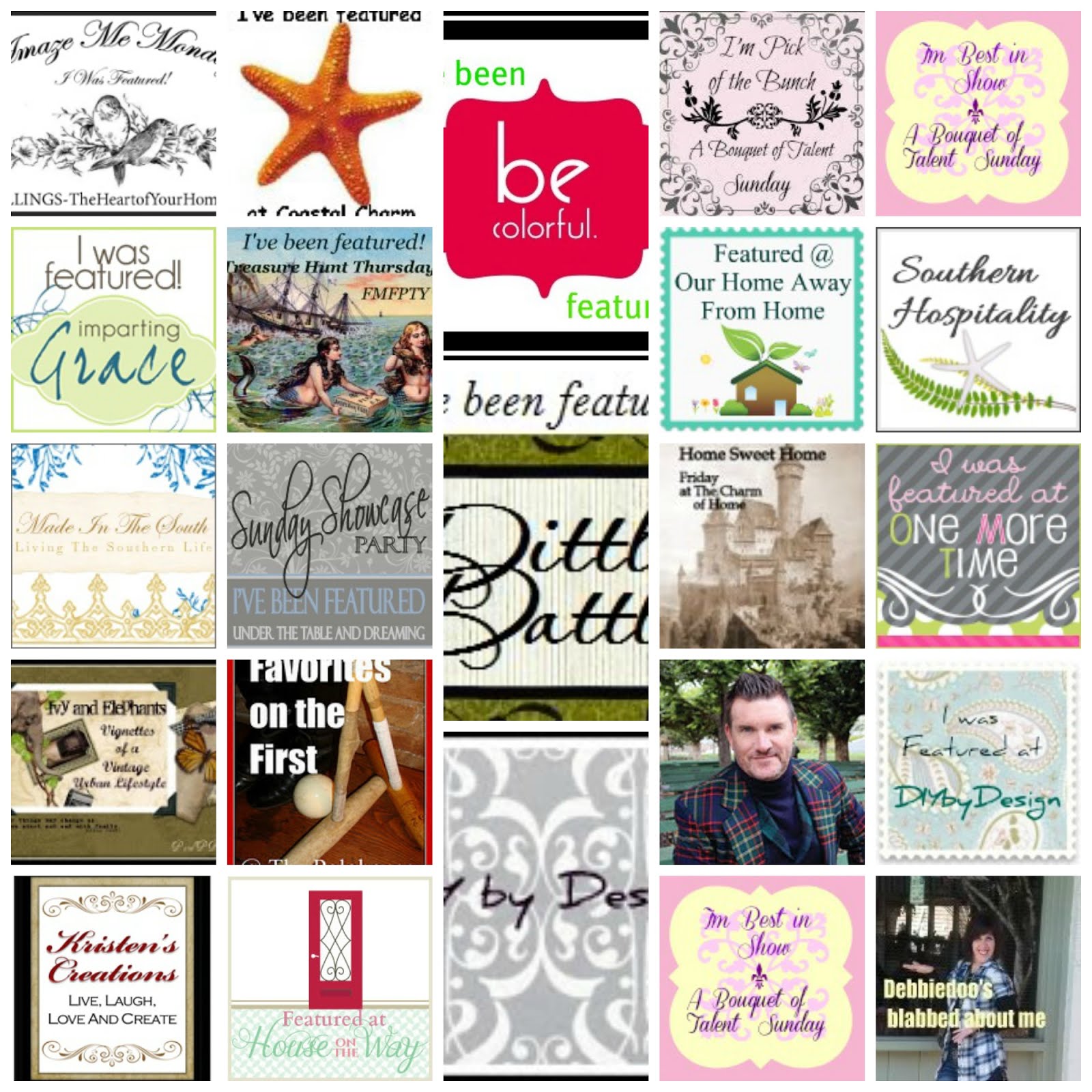 My Fall Entry Is Coming Together

It's beginning to look like fall here... Have you seen the October issue of Southern Living magazine?? www.southernliving... 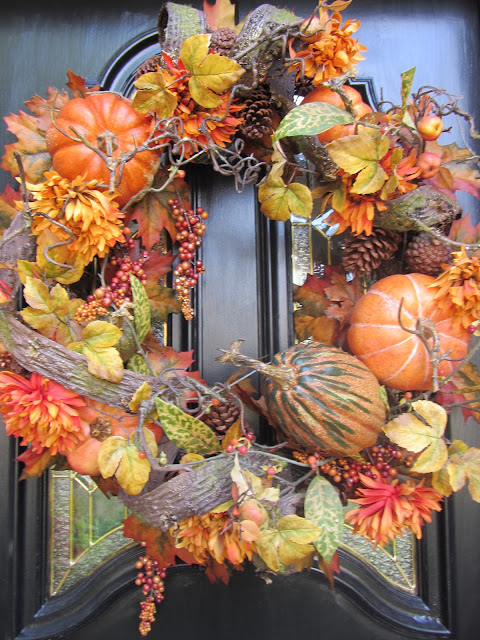 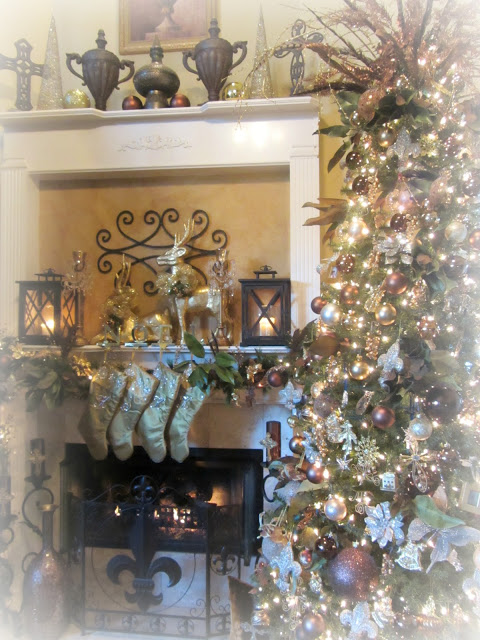 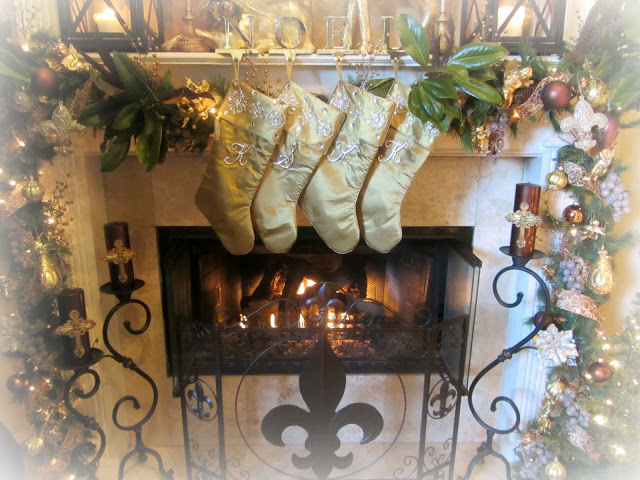 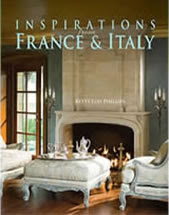 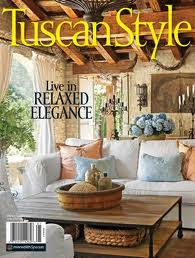 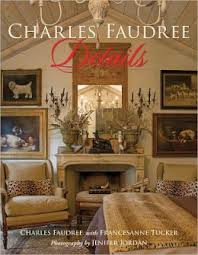